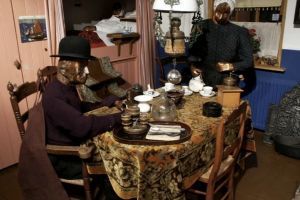 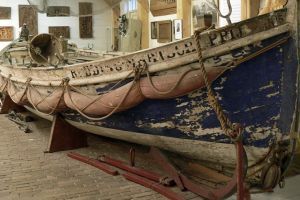 The Museum of Egmond shows the past of the three Egmonds: Egmond-Binnen, Egmond aan den Hoef and Egmond aan Zee. A story that has its roots in the early middle ages, when Count Dirk I created a monastery around the year 950. The monastery had a little fishermen’s settlement in the dunes at sea out of which Egmond aan Zee arose later.

Later in history Egmond aan den Hoef arose because of a ditch that was made, of which the founding is still visible. The museum also shows the everyday life. The life of fishermen, farmers and all the other people who lived there. This life is being showed by prints, paintings, old pictures, soil findings and clothing. Tools that were made by human hands, passed on and have been kept till this very day.